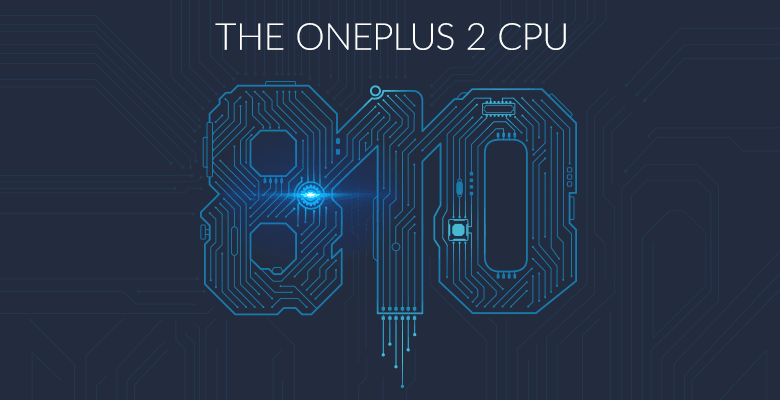 Recently OnePlus teased with an Image where 810 was written and officially announced that the eagerly-awaited OnePlus 2 will come loaded with the Qualcomm Snapdragon 810 v2.1 processor, engineered for OnePlus and its next generation flagship phone.

“While we played around with other options, we always came back to the 810. Its speed and ability to multitask while maintaining optimal battery performance remain unmatched amongst others in the industry.”

When somebody hear SnapDragon 810 I am pretty sure that the first thing that comes to mind is the over-heating issue.
But here is what OnePlus claims on this:

Although there have been reports that the 810 runs warmer than its predecessors, we assure you that we have taken all the necessary precautions and beyond to prevent this from occurring in the 2. We worked very closely with Qualcomm’s engineers to integrate an improved version of the chipset (v2.1) in the OnePlus 2, and fine-tuned both hardware and software. The 2 will be “cooler than ever”.

The OnePlus One made an extra-ordinary debut with the Cyanogen OS that came pre-loaded. By using Cyanogen OS they are already popular in the market and then they had introduced the Oxygen OS, their in house developed OS on top of Android. According to OnePlus, Oxygen OS has been optimized to work beautifully with the Snapdragon 810. OnePlus has created a proprietary technology, which handles a variety of tasks for the chipset inside the 2. The Oxygen OS is programmed to deal with optimal multi-tasking scenario for the OnePlus Two phone. For example, one or two of the larger processors would be used for graphics-heavy gaming, while in contrast, the small processor would be used for simple text messaging. In layman’s terms, one of our ROM’s features is to intuitively know which processor should be used for what task, and it avoids using two or more processors that are right next to each other.

With these promising statements from OnePlus this is obvious that OnePlus Two will also make something big. Mean while you can let us know what you feel of this OnePlus Two in the comments section.